LGBTQ+ Human Rights in the U.S. and Internationally: A Talk with Victor Madrigal-Borloz 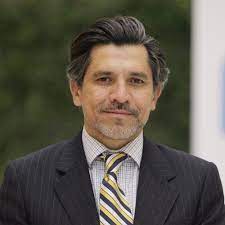 Victor Madrigal-Borloz, UN Independent Expert on Protection against violence and discrimination based on sexual orientation and gender identity

LGBTQ+ Human Rights in the U.S. and Internationally: A Talk with Victor Madrigal-Borloz

DETAILS: Organized with Pride Law, the International Law Society, the Name and Gender-Marker Change Clinic and the Health Law Society.

Victor Madrigal-Borloz is the United Nations Independent Expert on protection against violence and discrimination based on sexual orientation and gender identity, and the Eleanor Roosevelt Senior Visiting Researcher at the Human Rights Program at Harvard Law School. As the UN Independent Expert, he assesses the implementation of international human rights law, raises awareness, engages in dialogue with all relevant stakeholders, and provides advisory services, technical assistance, capacity-building to help address violence and discrimination against persons on the basis of the sexual orientation or gender identity.

Mandate of the Independent Expert

The Universal Declaration of Human Rights states that all human beings are born free and equal in dignity and rights, without distinction of any kind. Yet in all regions of the world, there are acts of violence and discrimination committed against individuals because of their sexual orientation or gender identity.

To learn more about the mandate itself and the Working Methods of the IE SOGI, visit the Human Rights Council About the Mandate site.