Women's History Month presents an opportunity for the LRC to explore the significance of women in legal history. Check out the resources on this page for a sampling of the great resources about this topic online and in the LRC's collection. To find more resources on women's history, try a Boolean search of the library catalog such as: (women and biographies or biography or rights) or (feminist or feminism) and (history or theory). 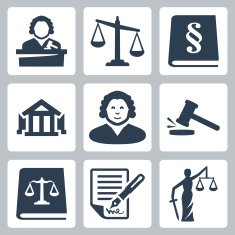 Books from the LRC's collection are available for curbside pickup. See our Guide to Remote Services and Resources for more information.